A few days past our 1 month anniversary with baby Colton but better late than never :).

It is now 4 weeks and 4 days. Time is eagerly flying and I am seeing him grow right before my eyes. Really holding on to these miniature days; he will never be this little again! Sure, some of the days can be tough, mostly because of sleep deprivation, but they’re so precious all at the same time, it’s utterly worth it. I’m a completely smitten mama. 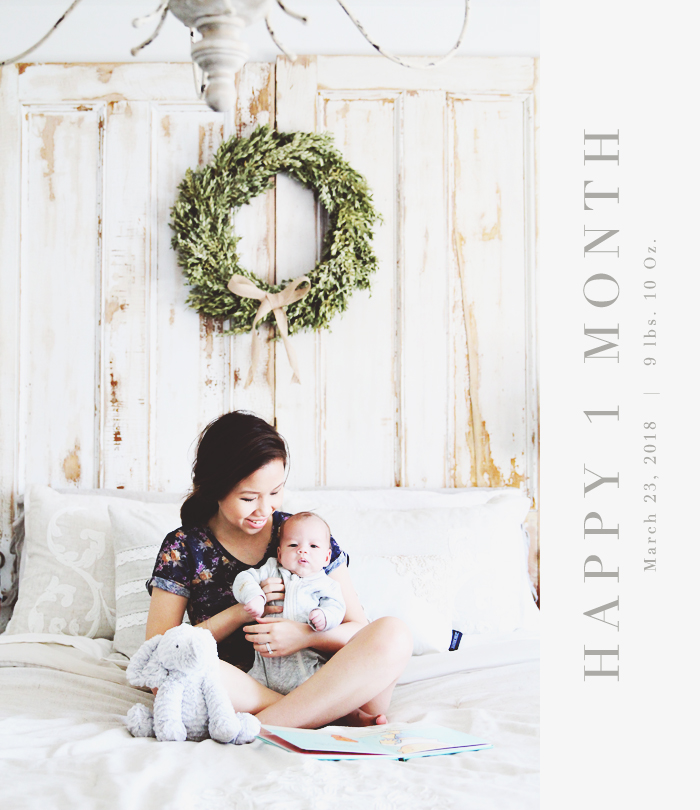 In his week 4 appointment, he was weighing 9 lbs. 10 oz., gaining almost a pound from the previous week. We were feeding him roughly 120ml or 4 oz. of breast milk per feed via bottle leading up to that appointment so our experiment went very well. The problem is that it was just so. much. work. It was chaotic to pump like a crazy lady and wash and sterilize bottles and pumping gear around the clock. Between that housekeeping work and the actual feeding and soothing, I was a slave. It wasn’t sustainable.

So now going into week 5, we’re reverting back as exclusively as possible to the breast while supplementing with a single (or 2) formula feeds overnight to make sure he is fed and full. We have also opted for a part time night nanny Mondays through Thursdays, therefore, breastfeeding overnight wouldn’t make much sense if the whole point is to sleep through the night a few times a week. This is so Chris can go to work a human being instead of a zombie and I can get some legitimate rest, and formula feeding bridged that gap perfectly. Do what works, right? :) Formula is our friend, not our enemy.

Other than cracking the breastfeeding code, he is all around a true bundle of joy. He is smiling a ton lately and as much as I’d like to think it’s conscious, it’s probably still only some form of a reflex at this point. But that doesn’t change that fact that those smiles are hopelessly endearing and heart melting. 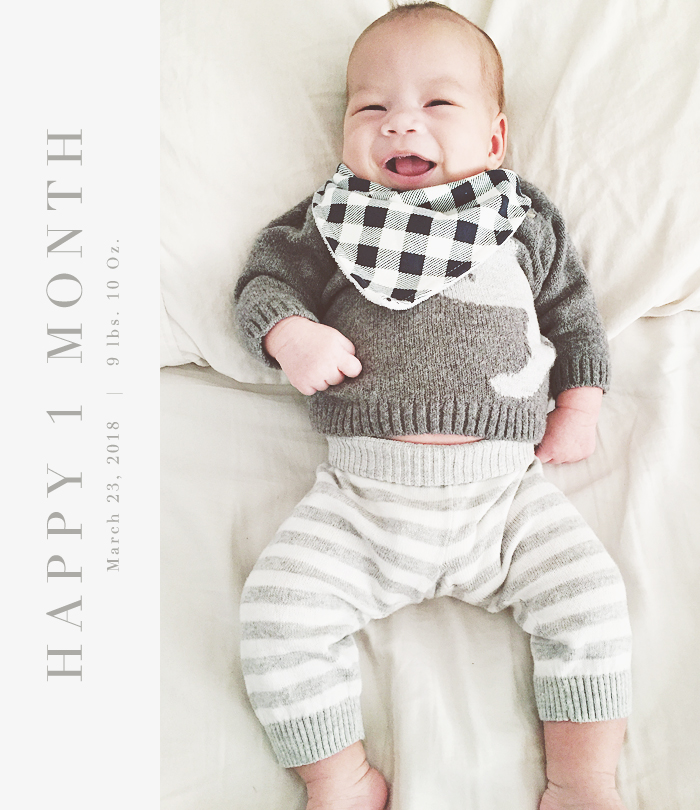 He is also blowing a ton of spit bubbles, which I’ve read is a sign of early speech development. Sure, we’ll take it!

By the way, had we not gotten the Fisher-Price My Little Snugapuppy Deluxe Bouncer at our baby shower, we would be in dire need of saving. It is the ultimate soother and our go-to almost every time he becomes inconsolable for whatever reason. It basically sings, bobs up and down, and vibrates and boy does it keep him at bay. Highly recommended. (In fact, I am blogging while bobbing him up and down on the bouncer at the same time. And he’s in heaven – what a win.)

That’ll be all for now, going to catch a snooze. xo.

A little house in Iceland 💙. We were seriously

It takes some commitment to get out to big nature

My wee boys! 💙 Like any good photo with a toddl